The REAL Story of Prop 12

“This initiative should be fiercely opposed by everyone who cares about farm animal suffering. HSUS’s collusion with the egg industry is disturbing. From legalizing battery cages to allowing as little as one square foot of space per hen — this initiative would be a disaster for millions of egg-laying hens who would still be left suffering in battery cages throughout California.”

“Beware! This initiative is being painted in rosy terms, but don’t be fooled… What it would actually do is allow farms to keep egg-laying hens in cages until 2022, at which time factory farms would still be able to confine uncaged hens to massive, crowded sheds with only 1 square foot of space per bird.”

— People for the Ethical Treatment of Animals (PETA)

It is a sad day for farm animals and those who care about their mistreatment.  With the passage of Proposition 12, egg factory cages are becoming officially legal in California and will remain so for years to come.  Far from improving conditions on factory farms, egg laying hens that were in cages before Prop 12, will remain suffering in cages after Prop 12.  Calves that were in crates before Prop 12, will remain suffering in crates after Prop 12.

Proposition 12 has now rendered the term “cage free” utterly meaningless.  Rather than the full wingspan requirement of our previous law (Prop 2) which is being deleted, hens will now get a mere one square foot of space per bird.  This codifies in California law the cruel guidelines of United Egg Producers — the egg industry trade group which co-wrote Prop 12 with the corrupted Humane Society of the United States (HSUS).

The proponents of Prop 12 have now squandered a combined $23 million misleading and manipulating California voters on two phony “cage-free” initiatives.  The inescapable reality remains this: If not for the malpractice of HSUS and its tagalongs, California hens would be out of cages at this very moment.

Prop 12 is a Cruel Betrayal of Animals and Voters

At this very moment, millions of egg-laying hens are suffering in egg-factory cages throughout California.  But wait:  Didn’t voters overwhelmingly enact a ballot measure ten years ago that outlawed those cages?

Well, they were sure told they did.

Please join us to stay informed, and help us stop the Rotten Egg Initiative!

The measure was called Proposition 2.  Voters were told, by both sides of the debate, that its passage would ban egg-industry cages statewide by 2015.

Instead, the state’s egg industry merely invested in new cages and modified old ones. This reversal of voter intent was made possible by the malpractice of Prop 2’s sponsor, the Humane Society of the United States (HSUS) and its refusal to correct the measure’s glaring drafting errors prior to putting it on the ballot.

Now, without so much as a passing mention that California was promised to be cage free by 2015, this scandal-ridden DC-based group has once again bought its way onto our ballot with yet another set of false promises:  Proposition 12.

Once again, HSUS is promising to ban egg-industry cages — even though it famously spent the last decade claiming that it already did!

Deceptively promoted as a cage-free measure, this backsliding proposition, in fact, explicitly legalizes the continued use of egg-factory cages until, at the very least, 2022!

And even that date is tentative, because Proposition 12 also would allow the Legislature to make additional changes without the consent of voters.

This capitulation to the egg industry is the result of a public relations alliance between the co-opted HSUS and the industry’s national trade association, United Egg Producers.

At taxpayer expense, these out-of-state organizations are misusing California’s initiative process in order to repeal our current hen-housing law and to replace it with the guidelines of United Egg Producers.

California’s current law (Prop 2) does at least say that hens be given enough room to:

“…fully spread both wings without touching the side of an enclosure or other egg-laying hens.”

Proposition 12 would repeal that voter-enacted law and allow egg factories to give each hen only ONE SQUARE FOOT of cage or floor space.

This cruel and unethical space allotment (one square foot per hen) is an outright betrayal of farm animals and California voters.  And it’s precisely why Central Valley Eggs, the largest factory-farm complex ever to be built in California, actively supports this rotten initiative.

No help for pigs or calves, either.

For misdirection, the very same proponents who botched Prop 2, and who promised that California would be cage free by 2015, are now claiming that Proposition 12 will regulate the practices of out-of-state pork and veal producers. Don’t fall for it.

Even in the unlikely event that Proposition 12’s constitutionally flawed provisions survive the inevitable years of legal challenges (the defense of which comes at taxpayer expense), Congress is already advancing legislation to render all such interstate regulations null and void.

And while claiming to regulate other states, Proposition 12 allows the intensive confinement of dairy calves in small crates right here in California.  This inexplicable and outrageous exclusion further underscores the fact that this measure is not about protecting animals, but rather it’s about protecting Central Valley Eggs and other major egg factories.

Proposition 12 is a cruel and reckless exploitation of California’s initiative process which not only harms farm animals, but it also puts in danger a wide array of existing consumer, animal, and environmental protection laws.

In other words, the scandal-ridden Humane Society of the United States is back to its old tricks.

The same group that said California hens would be cage free by 2015, that Michael Vick would be a “good pet owner,” that embraces SeaWorld, and lost millions of dollars in a Racketeer Influenced and Corrupt Organizations Act lawsuit, is back.

“We know when a charity fails the most basic obligations of trust. Instead of attacking women who’ve suffered abuse, HSUS should change its own culture.”— National Organization of Women

When women mobilized against the toxic culture at HSUS, it stemmed from multiple allegations of sexual harassment and misconduct against Proposition 12’s chief architect, now former CEO, Wayne Pacelle. HSUS’s first response was to question the women’s integrity.

That tactic is now being used against conscientious animal advocates opposed to Proposition 12.

The inescapable reality is this:  If not for HSUS’s deceitful malpractice, California hens would be cage-free at this very moment.

Let’s not fall for the same trick — twice.

Please join with Friends of Animals (FoA); People for the Ethical Treatment of Animals (Peta); the Humane Farming Association (HFA); Californians Against Cruelty, Cages, and Fraud; Showing Animals Respect and Kindness; Action for Animals; and the vast majority of rank and file animal advocates in voting NO on Proposition 12. 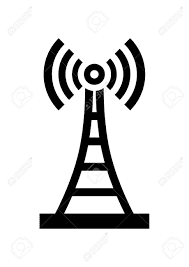