It all comes down to one square foot.

After wasting ten years, squandering over $10 million dollars, and subjecting millions of animals to years of preventable cage confinement, the scandal-ridden Humane Society of the United States (HSUS) can no longer escape the obvious: 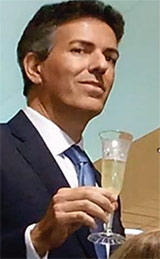 Literally millions of egg-laying hens are still locked in battery cages throughout California, even though voters were told they had outlawed those cages years ago by passing what was known as Proposition 2.

The reason for this failure could not be clearer. It is due to the stunningly negligent drafting errors made by HSUS and its inexplicable refusal to correct those errors prior to putting the measure on the ballot.

HSUS’s response to its Prop 2 debacle, and to the years of animal suffering and consumer deception caused by its refusal to fix Prop 2’s fatal flaws the first time around, is not to go back and do it correctly.

Instead, its disgraced CEO, Wayne Pacelle, just prior to being ousted in a major sexual harassment scandal, rekindled his alliance with United Egg Producers (UEP) and invited it to co-write Proposition 12 in order to make it consistent with the industry’s vision for the future. That vision: Tightly packed confinement buildings providing only one square foot per hen.

The United Egg Producers is the egg industry’s trade association. It has been remarkably candid about its intentions, even going so far as to openly acknowledge its goal of controlling and diluting the meaning of “cage-free.”

“It’s time for egg farmers to get involved in setting the agenda, especially defining what a cage-free system looks like.”
— United Egg Producers 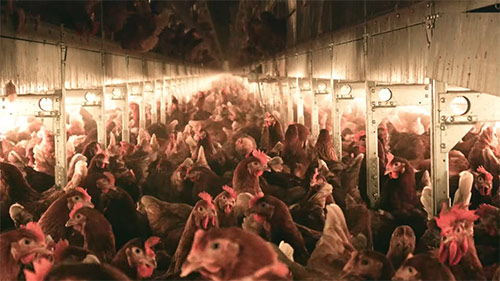 UEP’s partner in this venture, HSUS, has been less candid. It is going to great lengths to obscure the fact that the egg industry inserted its very own pre-existing standards, literally verbatim, into Proposition 12.

This is what it would mean if Prop 12 is approved in November:

And, as it turns out, we don’t have to wait until 2022 to see how tentative that date is. The industry is already advancing legislation that would push the date back to 2024.

Regardless of these ever-changing, never-arriving, deadlines – what each version of these measures share is this function: They would each immediately legalize battery cages throughout the state. And they would each allow the confinement of laying hens with as little as one square foot of floor space per bird.

If Proposition 12 is enacted, hens would suffer a major reduction in floor space from what HSUS itself had always said Prop 2 required. And, after openly ignoring Prop 2 voter intent for all these years — the egg industry would be rewarded with an ever-increasing number of years to keep tens of millions of California laying hens in battery cages.

The obvious challenge for HSUS is how to promote this duplicitous sell-out to the egg industry. Its strategy is to change the subject entirely.

For misdirection, HSUS is relying on language purporting to regulate out-of-state producers of pork and veal. That’s right. HSUS is claiming that it will regulate Iowa pork producers. Just as long as we all agree to legalize battery cages right here in “cage-free California”!

No one should fall for these fraudulent tactics. Even in the highly unlikely event that these constitutionally flawed provisions survive the inevitable years of legal challenges, Congress is already in the midst of advancing legislation (HR 2887) that would render all such interstate commerce regulation null and void.

In fact, the 2018 Farm Bill already contains amendments to nullify any proposed regulation on the interstate sale of pork and veal. Thus, even if approved by voters, the interstate commerce sections of Prop 12 are likely to be nullified before it is even enacted.

No amount of wishful thinking about controlling the behavior of out-of-state pork producers can obscure the very tangible harm done if Prop 12 is enacted. HSUS’s reckless exploitation of California’s ballot measure system is putting in grave danger a wide array of existing consumer, animal, and environmental protection laws.

The bottom line is this: In 2008, California voters were promised that Proposition 2 would make battery cages illegal by 2015. Based on that belief, voters approved the measure by a landslide.